How to Run your Pycharm IDE under 64bit JVM..? 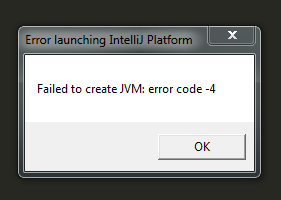 What is the real issue..?

First you should to know all jetbrains IDE's are written in Java. The issue because of your pycharm needs more memory to process your projects and files at the backend Java requires memory. But its not able to acquire that much of memory. So its closed obtrubtly.

Everyone will say increase the JVM/Java max heap size in pycharm.properties file. Then restart the pycharm. But thats not a permanent solution.

The real problem is pycharm internally uses 32bit jvm which comes with the installer package. The 32 bit JVM can allocate maximum 2GB of space only.

What is the solution for it..?

Before setting environmental variable you have to find out which version of java you are using. To find out Open Command Prompt → Then run the below command

It should have the "Java Hotspot(TM) 64-Bit Server" line in the output. If there is no Bit information then its 32bit java. Then proceed furthur you have to download and install the 64bit JDK from http://java.com/

Then open Control Panel → Edit Environmental Variable for Your Account 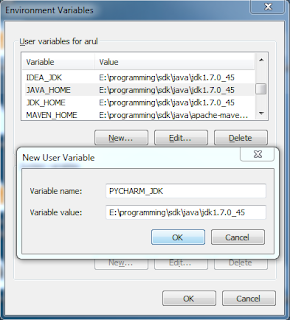 For 64bit you have to create separate properties file for that.  Create file named as pycharm64.exe.vmoptions in the root directory of IDE

IDE should start with the pycharm.bat file.

This fix will work for other IDE such as WebStrom, PhpStrom, IntelliJ and RubyMine from jetbrains also.

Basically you have to create <product>64.exe.vmoptions file. Set the 64bit Java environmental variable for that IDE. Then start the <product>.bat file

To know about what environmental variable have to use, open <product>.bat file. Then you will get to know.

Docker container for TOR with Privoxy

I released a docker container for TOR with Privoxy bundled together. Earlier I wrote a...

How to access external java libraries with in pentaho

How to access external libraries with in pentaho..? Pentaho Data Integration Tool...